Penn State Shenango is a community of innovators and achievers driven to shape a better future for ourselves and the communities around us. Since establishment in 1965, Penn State Shenango has been dedicated to unrivaled academic, vibrant campus life, modern facilities and securing meaningful careers for our alumni.

The State Board of Education endorsed the proposal, and the first students were enrolled at the Penn State Shenango Valley Campus in September 1965. These 93 students would begin their education at Kennedy Christian High School, which agreed to allow Penn State to occupy the east wing of the school for the first two years of operation. 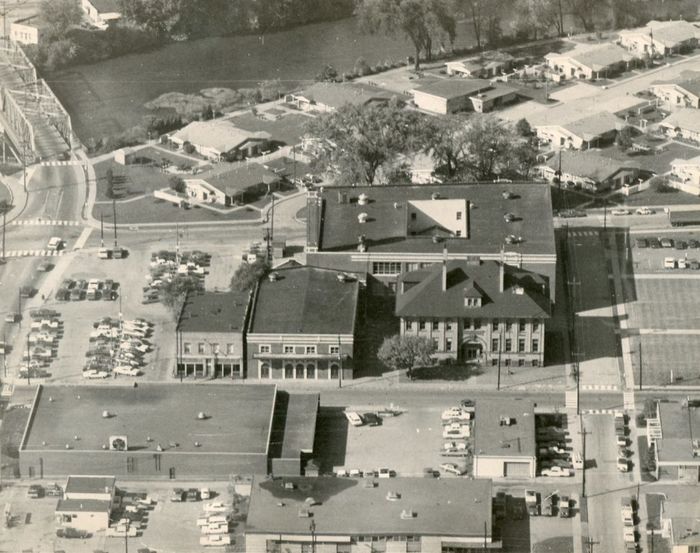 The community held many fundraisers that brought in $200,000, part of which was spent on purchasing land and existing buildings from Sharon School District. The remaining money was spent on matching funds to attract federal and state grants, which helped to finance and remodel new facilities.

The oldest building occupied by the Shenango campus, Lecture Hall, was constructed in 1903. It was originally built as the city’s Central School, combining many of the community’s one-room schoolhouses. In 1913, this structure was one of many buildings and houses that would barely escape the worst disaster in Sharon’s history — the flood of 1913. Sharon Hall, the second building purchased from the City of Sharon, was built in 1928, and is known by many as “the old junior high school.”

In the fall of 1967, 250 students were enrolled at the Shenango Valley Campus of Penn State. At that time, the Sharon School District was still using the Lecture Hall and Sharon Hall buildings until the new Sharon High School could be completed. So, during the summer of 1967, the campus moved from Kennedy Christian High School into a Sharon School building located on South Water Avenue.

Ground was broken in 1967 at the campus’ present location for a new science facility. In the fall of 1968, the facility was completed and the college began to hold some of its biology and chemistry courses there. It wasn’t until 1970, however, that the administrative offices, the library, and all other classes moved from the South Water Avenue building into the renovated Sharon and Lecture Halls.

Penn State Shenango began offering its first bachelor’s degree as a completion program for nurses in the 1970s. Referred to as a nursing R.N. to B.S.N., the program allowed working nurses with a diploma to earn a bachelor’s of nursing.

In 1972, Forker Laboratory, adjacent to the 1968 science building, was constructed and dedicated to Henry P. Forker III, former head of the campus’ first advisory board and a member of the Shenango Valley Citizens College Procurement Committee. This building continues to house the Forum, the largest classroom on the campus.

Since these early years, Penn State Shenango has seen significant growth and many changes. The campus is now located on 13 acres in downtown Sharon, and the word “valley” was dropped from its name in the late 1980s to recognize areas outside of the immediate community.

Some of the most substantial renovations to the campus began in the late 1990s when the University purchased three buildings on Reno Street to be used as a stand-alone library, an academic learning center, and a bookstore. These buildings, including the Lartz Memorial Library and the McDowell Hall, housed the learning center and Penn State Bookstore, and the physical therapist assistant and agriculture co-op building. They were renovated and opened in 1996.

Primarily serving as a location for the first two years of a Penn State degree until this point, in 1997 Penn State Shenango added its first 4-year bachelor’s degree in human development and family studies, followed by business and letters, arts, and sciences. 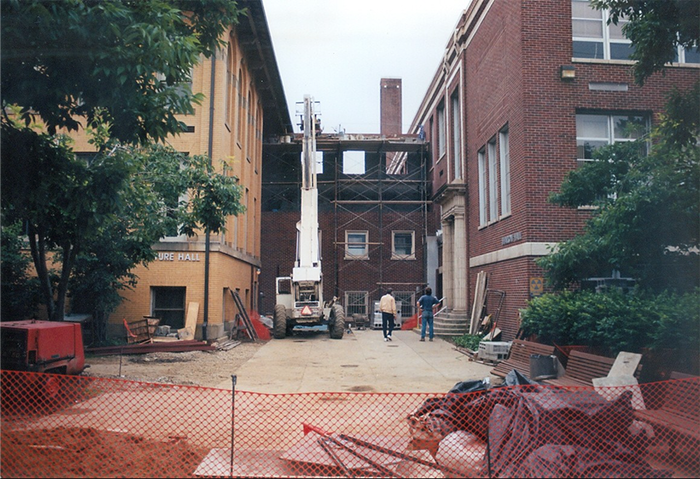 Then in 2006, Penn State Shenango completed its largest renovation in the history of the campus. The $9.4 million project concentrated on the renovation of Sharon and Lecture Halls with a stunning glass atrium and the construction of the Nittany Lion Shrine.

Following the renovation of Sharon and Lecture Halls, in 2008, the first phase of the auditorium renovation was completed to offer comfortable seating, full handicapped accessibility, new restrooms and a level floor to make the space more versatile.

More recently, in 2021 an outdoor partition between the campus Auditorium, Lecture Hall and Sharon Hall was developed to add a stunning outdoor seating area. The Sharon Courtyard features string lights overhead, a relaxing water fountain, and comfortable seats and tables for an outdoor lunch or study session. 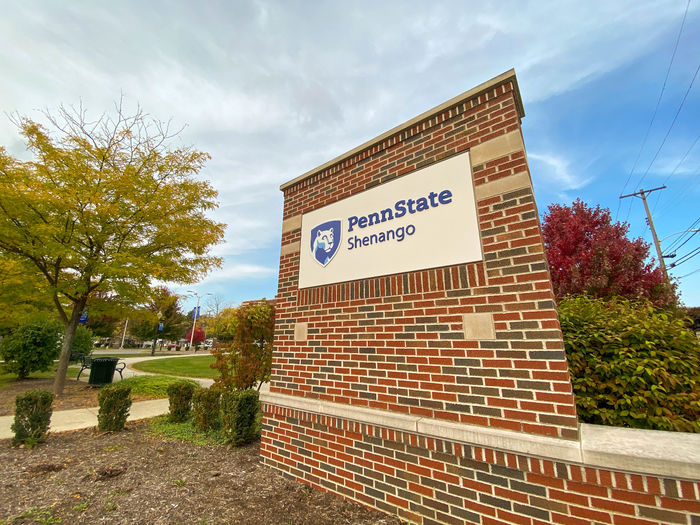 In 2013, the Chadderton Lab building was renovated and a new brick front entrance sign to the campus was constructed.

Chadderton Lab, which was formerly the engineering building, houses the campus’ associate degree program in occupational therapy. The stunning building features a realistic laboratory that resembles a home or care facility, a large lecture classroom, and faculty offices.

During the anniversary celebrations, the campus uncovered a time capsule from 1970 and sealed a new one intended to be opened in 2065. 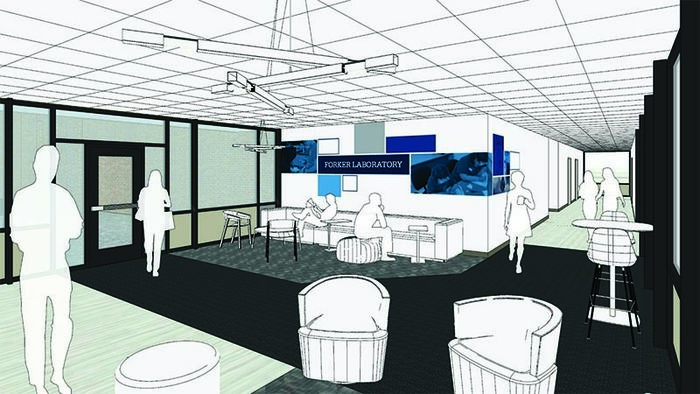 In fall of 2014, the campus completed $1.8 million in renovations to Forker Lab's second floor, turning it into the campus’ physical therapist assistant program’s new facility with updated classrooms, a state-of-the-art laboratory, and beautiful offices. Students and staff moved into their new space in January 2015.

Despite upgrades starting in 2020 amid the COVID-19 pandemic, the building reopened on time for summer 2021 classes. 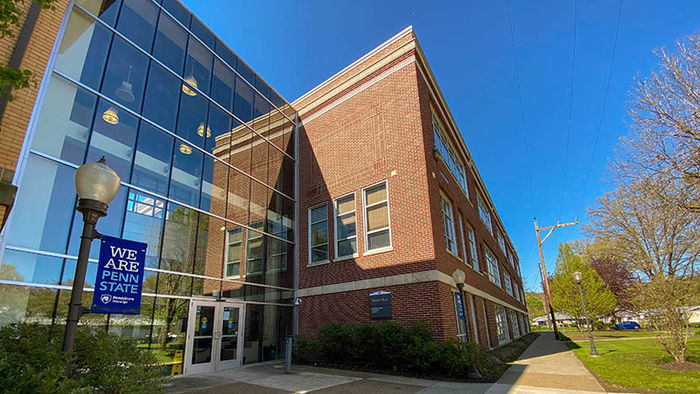 Expanding opportunities on campus and beyond

Established in 2016, Penn State Shenango is the only campus to guarantee a scholarship upfront to high achieving high school, adult and transfer students. The $3,000 for a 3.0 GPA scholarship program is renewable annually for returning students and no additional applications are required.

Shenango's unique scholarship program was expanded in 2020, becoming a tiered structure that is more inclusive of grade-point averages that span from a 2.8 to a 4.0. Reflecting this new structure, exceptional students can now earn up to $5,000 annually for a total award of $20,000 over four years. 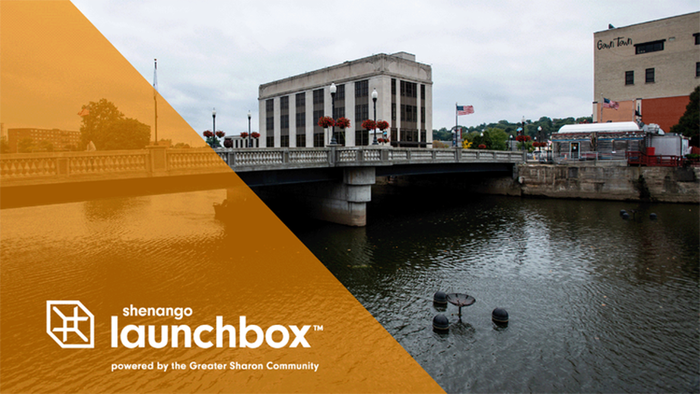 Penn State President Emeritus Eric J. Barron joined Penn State Shenango for a ribbon cutting for the campus’ new VenturePointe Innovation Hub in 2017. Funded by a $50,000 Invent Penn State grant, the Innovation Hub operated out of the eCenter @ LindenPointe to provide students and the community entrepreneurial resources and programming.

In 2022, two endowments totaling $4 million are set to increase economic development in western Pennsylvania through a partnership between Penn State and the Community Foundation of Western PA and Eastern OH, with support of the Sharon community. Expanding the region’s innovation, entrepreneurial and business support offerings, the endowments will establish a Penn State LaunchBox at Penn State Shenango open to all community members, as well as a fund to support business owners in Sharon.

Campus Director Jo Anne Carrick announced that campus athletics would be reinstated in 2018 with men’s basketball. Women’s volleyball followed in 2019, women’s basketball in 2021, co-ed golf launched in 2022, and a successful baseball fundraiser has concluded with an anticipated launch in 2023.

Penn State Shenango competes in the Penn State University Athletic Conference (PSUAC), and is nationally affiliated with the United States Collegiate Athletic Association (USCAA). In addition to the 13 campus conference members in the PSUAC, the Shenango Lions compete against other local colleges and universities. 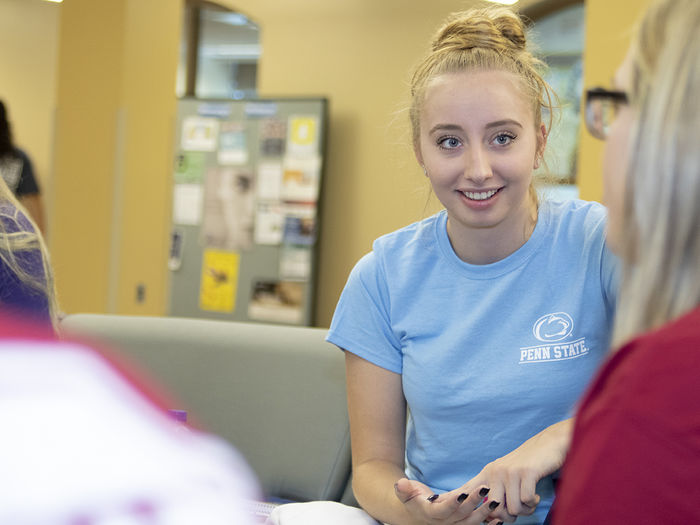 In addition to Shenango majors, the campus welcomes many 2+2 students that study on campus for the first two years of their Penn State degree before moving to their ending campus for the final two years. With more than 275 Penn State majors that can be started at any campus, it’s no surprise that more than 60% of Penn Staters start their journey in the 2+2 plan.

This is Penn State