SHARON, Pa. — Auditions for “WSPA-ZM presents ‘Star Child,’” an original play by Jeanne Zingale, instructor in communication and Drama Club adviser at Penn State Shenango, will be held from 1 to 3 p.m. Saturday, Sept. 17, in the Penn State Shenango Auditorium, located in downtown Sharon across from the post office.

The production is a radio play within a play about a small station that needs to be creative when a troupe of actors fails to show up for the big holiday fundraiser. The show requires three to four men and three to four women, plus six to eight children ages 6 to 11 (casting flexible).

Those auditioning should be prepared to read from a script. Some actors will also create sound effects for the radio show part of the play. The children should be able to ‘group sing.’ For more information, call Zingale at 724-983-2872 and leave a message, or email her at [email protected]. The performance is scheduled for Dec. 2-4. 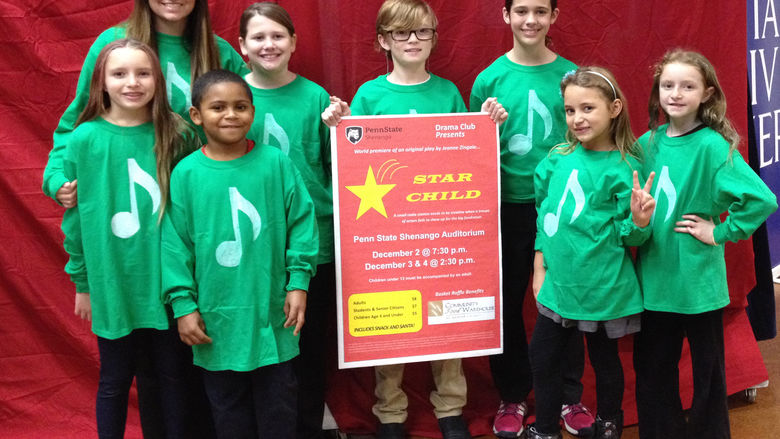