In 1964, the Penn State Board of Trustees met with the College Area Procurement Committee following a thorough study, and the Procurement Committee invited Penn State’s trustees to establish a Commonwealth campus in Sharon. The State Board of Education endorsed the proposal, and the first students were enrolled at the Penn State Shenango Valley Campus in September 1965. These 93 students would begin their education at Kennedy Christian High School, which agreed to allow Penn State to occupy the east wing of the school for the first two years of operation.

During this time, the community held many fundraisers that brought in $200,000, part of which was spent on purchasing land and existing buildings from the Sharon School District. The remaining money was spent on matching funds to attract federal and state grants, which helped to finance and remodel new facilities.

The oldest building now occupied by the Shenango campus, Lecture Hall, was constructed in 1903. It was originally built as the city’s Central School, combining many of the community’s one-room schoolhouses. In 1913, this structure was one of many buildings and houses that would barely escape the worst disaster in Sharon’s history — the flood of 1913.

Sharon Hall, the second building purchased from the City of Sharon, was built in 1928, and is known by many as “the old junior high school.

In the fall of 1967, 250 students were enrolled at the Shenango Valley Campus of Penn State. At that time, the Sharon School District was still using the Lecture Hall and Sharon Hall buildings until the new Sharon High School could be completed. So, during the summer of 1967, the campus moved from Kennedy Christian High School into the old Sharon High School building located on South Water Avenue.

Also in 1967, ground was broken at the campus’ present location for a new science facility. In the fall of 1968, the facility was completed and the college began to hold some of its biology and chemistry courses there. It wasn’t until 1970, however, that the administrative offices, the library, and all other classes moved from the South Water Avenue building into the renovated Sharon and Lecture Halls.

In 1972, the Forker Laboratory, adjacent to the existing science building, was constructed and dedicated to Henry P. Forker III, former head of the campus’ first advisory board and a member of the Shenango Valley Citizens College Procurement Committee. This building continues to house the Forum, the largest student classroom on the campus.

Over the last 50, plus years, Penn State Shenango has seen significant growth and many changes. Penn State Shenango is now located on 13 acres in downtown Sharon, and the word “valley” was dropped from its name in the late 1980s to recognize areas outside of the immediate area.

Some of the most substantial renovations to the campus began in the late 1990s when the University purchased three buildings on Reno Street to be used as a stand-alone library, an academic learning center, and a bookstore. These buildings, including The Lartz Memorial Library and the McDowell Hall, housed the Learning Center and Penn State Bookstore, and the PTA/AG Co-op building. They were renovated and opened in 1996.

Then in 2006, Penn State Shenango completed its largest renovation in the history of the campus. The $9.4 million project concentrated on the renovation of Sharon and Lecture Halls and the construction of the Lion Shrine.

Following the renovation of Sharon and Lecture Halls, in 2008, the first phase of the auditorium renovation was completed. The auditorium now has more comfortable seating, full handicapped accessibility, new restrooms, and a level floor, which makes the space more versatile.

In fall of 2014, the campus completed renovations to the Forker Lab second floor, turning it into the campus’ Physical Therapist Assistant program’s new facility, with updated classrooms, a state-of-the-art laboratory, and beautiful offices. Students and staff moved into their new space in January 2015.

With the ability to earn both associate and baccalaureate degrees, or begin one of more than 275 Penn State degree programs, the Shenango campus continues its mission of providing a quality education to the people of this region. 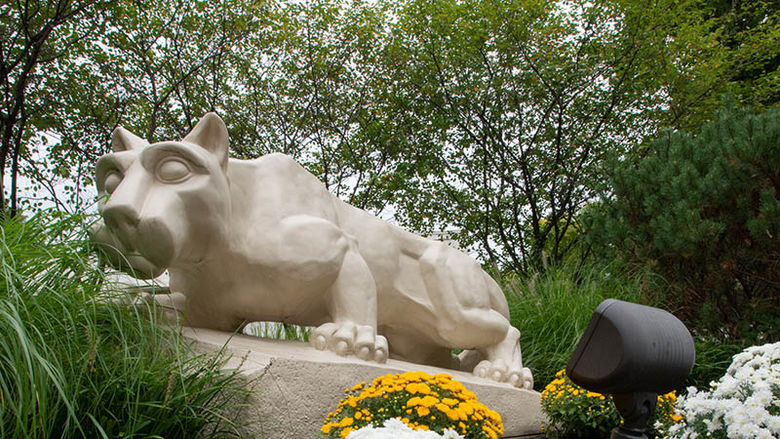 Sign up for a virtual meeting with an admissions counselor to learn about campus and programs, discuss financial aid, or get help with applying.