Timeout is over: A new start for Penn State Shenango athletics

In 1967, the Shenango Valley Campus' men's basketball team won the Penn State Campuses State Championship. Over the past five decades, the campus has seen many changes, including the closure, and reinstatement, of its very successful athletic program.
By: Liz Izenas

It was 1967 — only two years after Penn State established a campus in our region – when the Shenango Valley Campus Lions (men’s basketball team) won the Penn State Branch Campuses State Championship. The team, coached by John Yemma and led by sophomores Rand Carey, Ray Fabian, Pete Gabriel, Bob Izenas, Jeff Ladner and freshman standout Duane Wykoff, brought instant respect to the newly formed campus for their basketball ability and sportsmanship on and off the court. It was an important time in history for our homegrown athletes, who had the opportunity to continue to play basketball competitively and further their education locally at a well-known university.

That tradition of athletic excellence will soon be returning to the Shenango campus after a 20-year absence as the campus re-establishes its men’s basketball and women’s volleyball programs over the next year.

The co-captain of that inaugural 1967 Lions team, Bob Izenas, recalled, “Being part of a college team and traveling around the state was so much fun. I am happy to know that Penn State Shenango is bringing back its athletic program — it’s important for the current students, as well as for our community."

Over the next two decades, the Shenango Valley Campus added additional teams to its athletic program, including men’s wrestling, tennis, golf and baseball, as well as intramural sports. In the early ‘70s, women’s basketball was added, and later, women’s volleyball and softball became part of the campus’ successful team sports. The junior and varsity cheerleading squads continued to play a vital role in promoting school spirit at the campus.

During this period, the Shenango campus would see many coaches come and go, but most will remember John Caporali, who was the head coach of the successful men’s basketball and baseball teams for more than 20 years, and Gaylene Douctre and the late Glenna Harris, who played integral roles in making the women’s sports program at the Shenango campus strong throughout the late ‘70s and ‘80s.

Penn State Shenango alumna, Dolly Szugye, remembers her experience at the Shenango campus as one that provided her with the character and social skills that made her and many of her teammates successful after college.

“I played basketball and softball from 1979 to 1981,” Szugye said. “We were quite the powerhouse for a small campus with the cream of the crop of athletes. The thrill of victory for all of us at that time was exciting, but when I look back and think of all the friendships I made and how being part of those teams helped to shape me into a well-rounded young adult, I am proud to say I went “downtown” to the Shenango campus. I had two great coaches in the late Glenna Harris and Gaylene Douctre, and it is where I started and received a great, base education.”

In the mid-to-late nineties, due to budget constraints and other reasons, Penn State Shenango eliminated its sports program. However, this past spring, under the leadership of Campus Director Dr. Jo Anne Carrick and Director of Business and Finance Bill Dungee, the Shenango campus announced the reinstatement of its athletic program and hired a new athletic director and men’s basketball coach Andre Smith.

Over the last several months, Coach Smith has been busy recruiting locally, nationally and internationally for those players he feels will be the best fit for his men’s basketball team.

“Being part of a college athletic team hasn’t changed much since the mid-sixties when the Shenango Valley Campus was first established, but the recruitment of the student athlete is much different,” Coach Smith said.

Although he understands that the speed of the game has changed and the skill level of many athletes is different now compared to 20 or 30 years ago due to technology and equipment, it is the recruitment of today’s athlete that is so important to him while forming his team.

“You have to know the student athlete,” he said. “When I’m out there recruiting, I’m talking with their school counselors and teachers, asking them how the student is doing in the classroom. I want to make sure that kid is not just coachable on the court but will also be a good representative of our campus.”

“You recruit, recruit, recruit,” he said, “but some students may not have the what it takes to play sports and keep up good grades, or, financially, it may not be possible for parents to send their kid here. It has to be a good fit for the student, as well.”

Coach Smith will be spending a great deal of time with his players once they begin their education at the Shenango campus.

“Once they get here, I want to make sure that they succeed in the classroom,” he said. “I will be working with each recruit to make sure they take advantage of all the resources a Big Ten University has available, such as our Shenango Academic Resource Center (SHARC) and the Penn State Library System. It is important that they become engrossed in their studies as well as playing basketball.”

“We are thrilled to see athletics return to the Shenango campus,” said Sam Bernstine, Penn State alumnus and current Advisory Board member. “They help prepare students for the real game of life in a myriad of ways. Providing future Shenango students with athletic opportunities offers an additional ‘curriculum of competition and learning.’”

This article was originally printed in Valley Voices September 2017 issue. 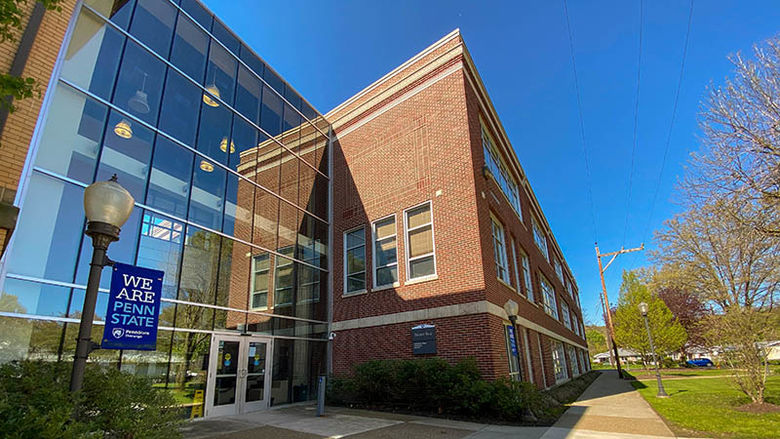 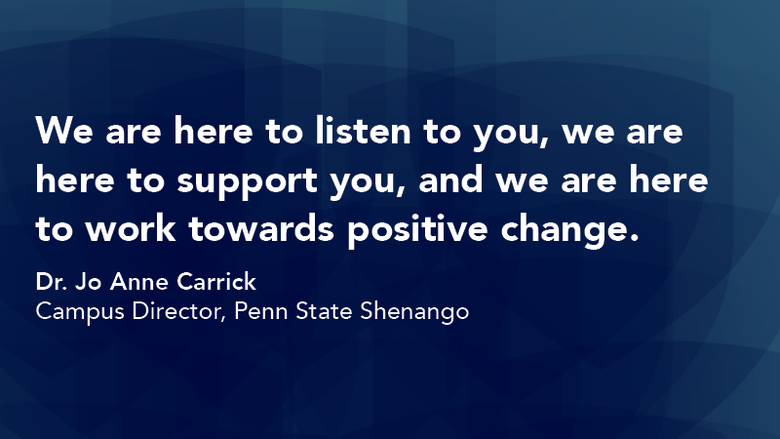 The power of diversity